Hello friends.  Would you believe me if I said it has just been too cold to write blog posts?  Well, it has been.  Or at least to get photos that would go with the blog posts.  But I am back at it today thank heavens and the sun is shining and we are supposed to get above freezing temps with little to no wind (thank the Good Lord above!).  I'm officially turning into a total wimp.

Anyway, I have been enjoying some Winter Olympics and so this dresser had to be named Sochi.  Not to mention that it is 60 something degrees in Sochi and I am extremely jealous of that.  This dresser had such beautiful bones and details and lots of little rough patches in between.  Some veneer damage, some trim damage, some bad paint and glaze jobs, but sound dovetailed drawers, and pretty darn clean.  The Mr. found this one and brought it home and he is extremely proud of how it turned out.  He's so cute!

Sochi is tall, and has 6 nice drawers, some of which have nice dividers built in. 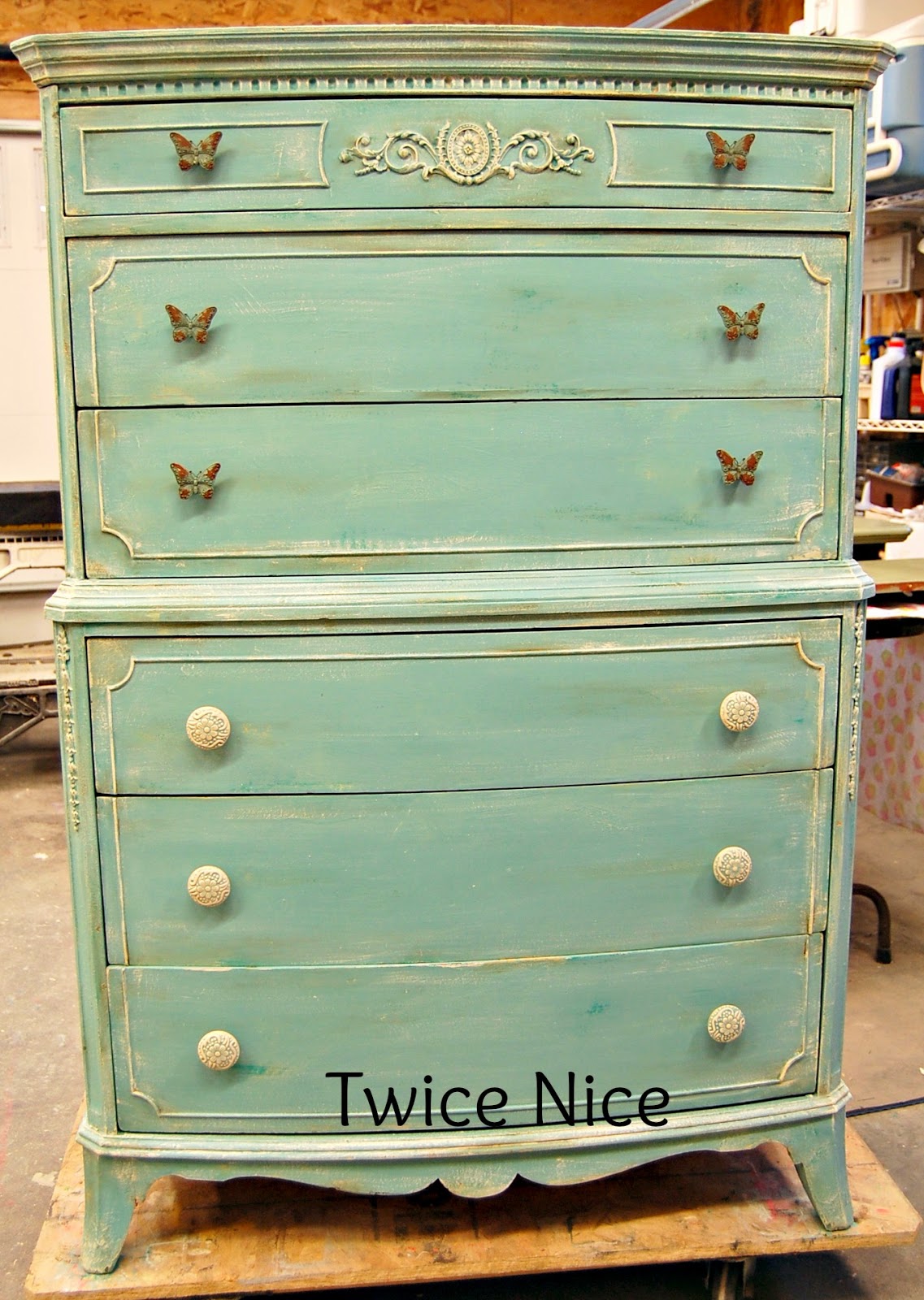 Unfortunately it was too cold to get out in the sun for the photos so they are workshop background and fluorescent lighting.  I can not figure out how to get a decent photo in this lighting so I apologize for the weird yellow effect that I tried to edit out.  I didn't want to lose the color though, and this beauty has some serious ASCP Provence going on.  Underneath are layers of Florence and Versailles too! 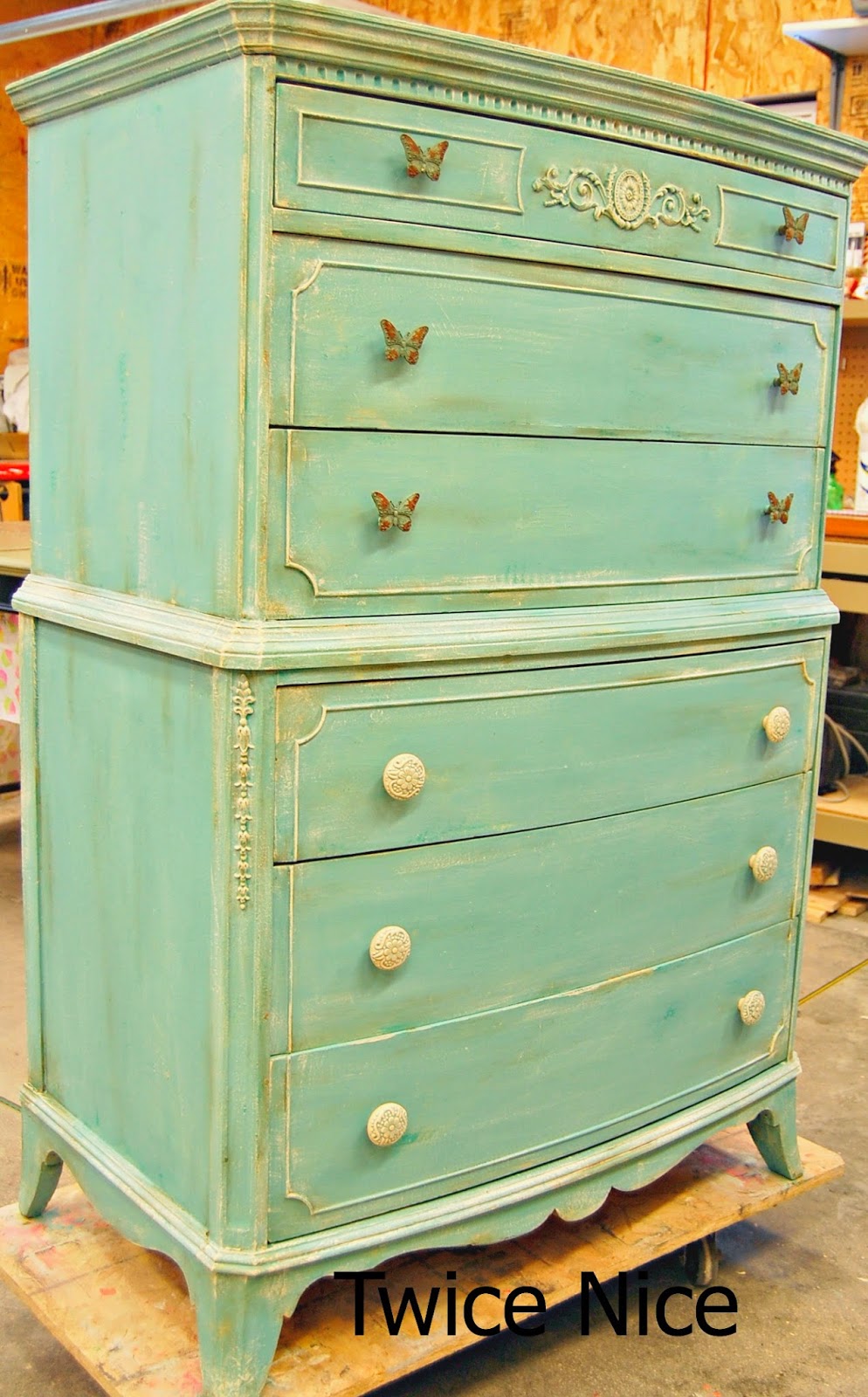 I also dry brushed on some Old White and used both light and dark waxes for some effect. 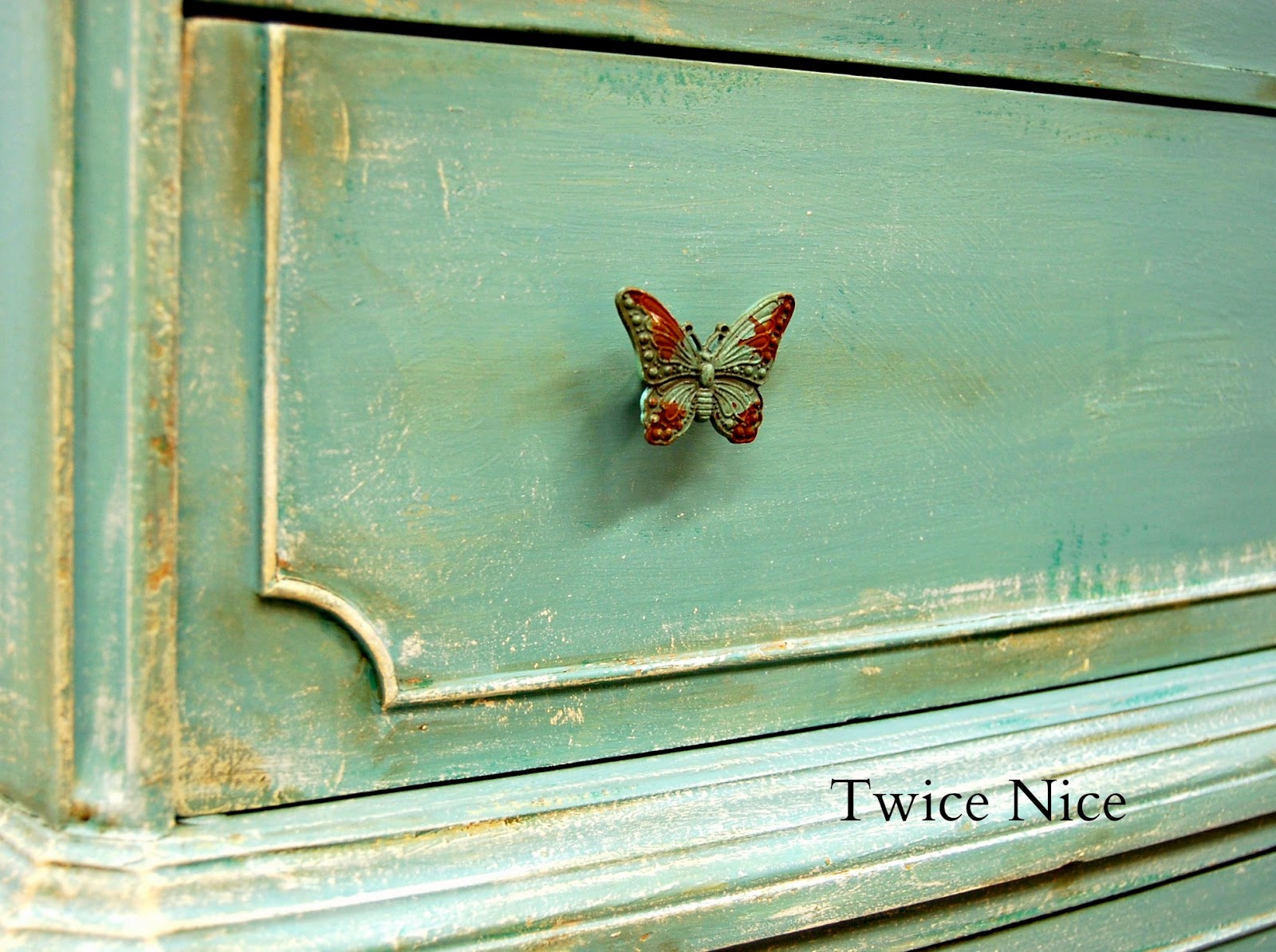 Because of the nicks of time, and the bad paint jobs I deliberately layered my paint up with brush strokes willy nilly and a bit heavier in spots.  Might as well use the natural layers of age to create a piece that, while refreshed, still shows the patina of a piece that has been around for a long while. 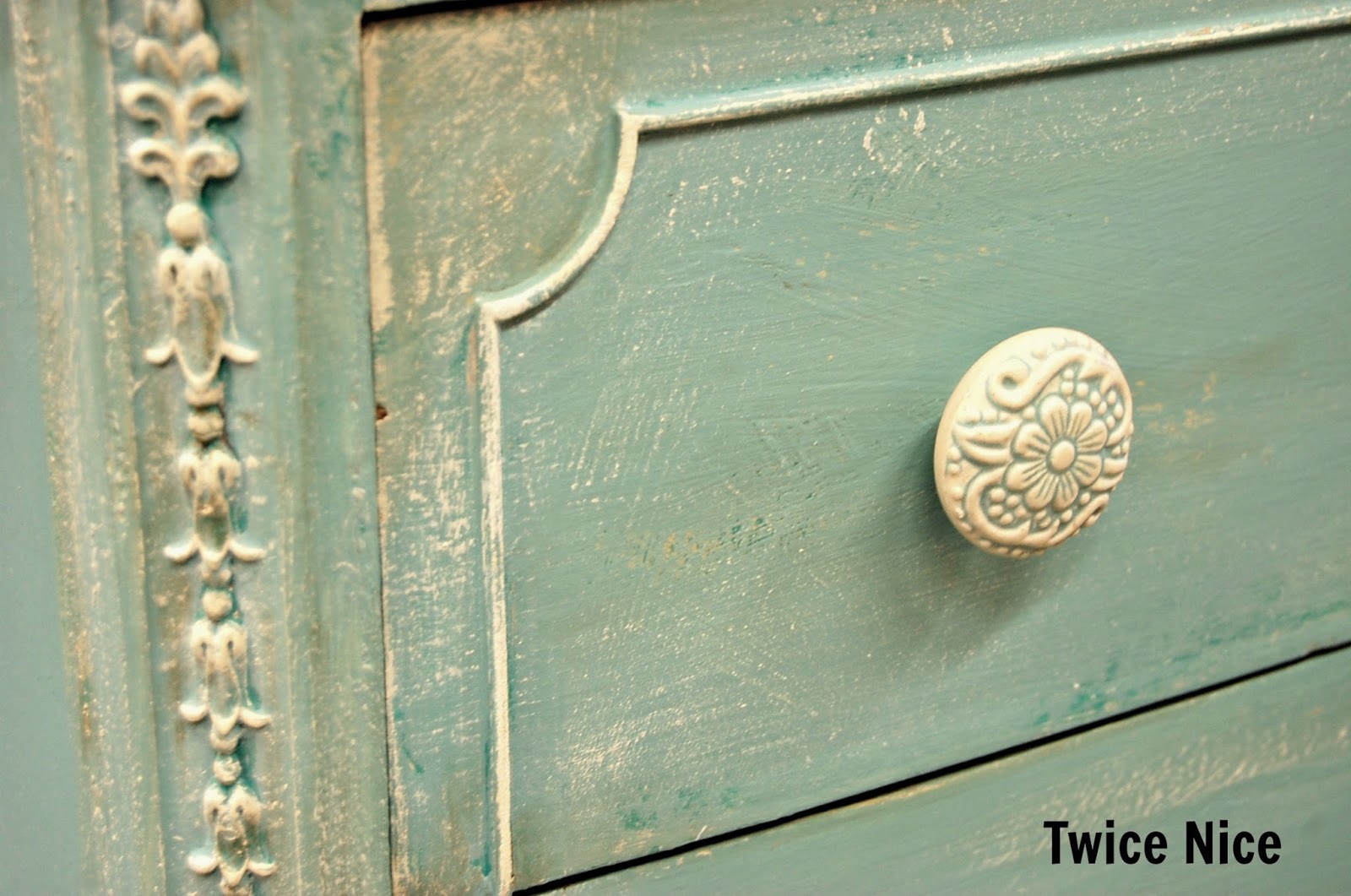 I deliberately went with 2 different styles of hardware because I thought this piece could use a bit of whimsy.  Aren't these flowered knobs so pretty?!  Here's some of that great detailing. 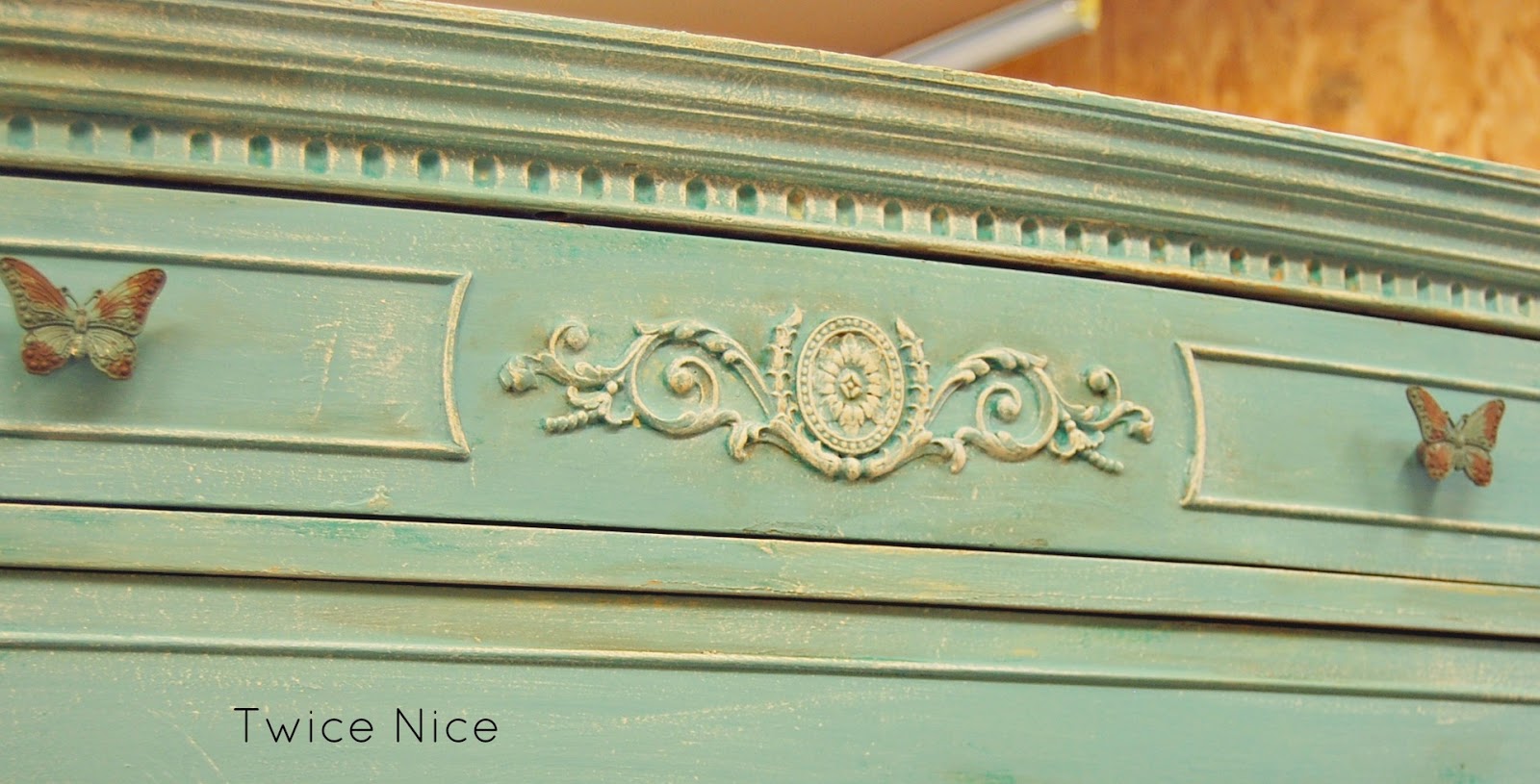 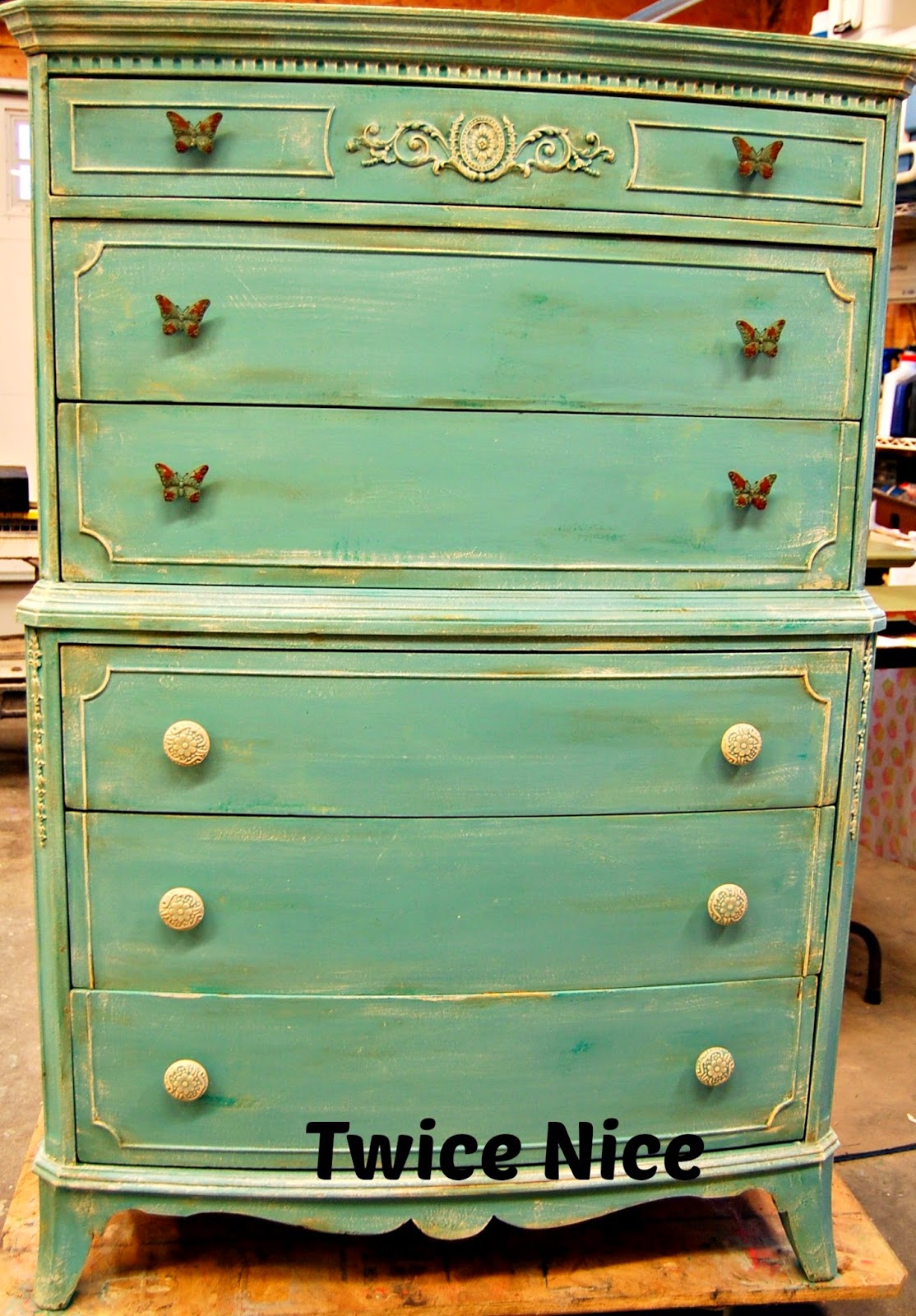 Sochi is such a pretty girl I think.  (Even with the evil yellow tones)  Eventually she'll make her way to NJ & Co. where I consign some furniture.  In the meantime I have much to keep me busy as 6 nice pieces were brought to me by a customer to have restyled.  I'm leaving color behind to move to Pure White for a time.  I'll post some photos when I can!

Stay warm and with all the snows back East again, stay safe!!!
Deb

SAVE THE DATE!!
July 17-18th
Friday from 10 a.m.- 7 p.m.
Saturday from 10 a.m. - 3 p.m.
11722 S. 216th St., Gretna, NE
Lots of new things to see, new vendors, new location! Check back here for more information or at http://prairiemarket.blogspot.com
Can't wait to see our old friends and meet some new friends. Spread the word and make plans to come have a fantastic time!
Find us on Facebook now!